Journey to the Magic Island 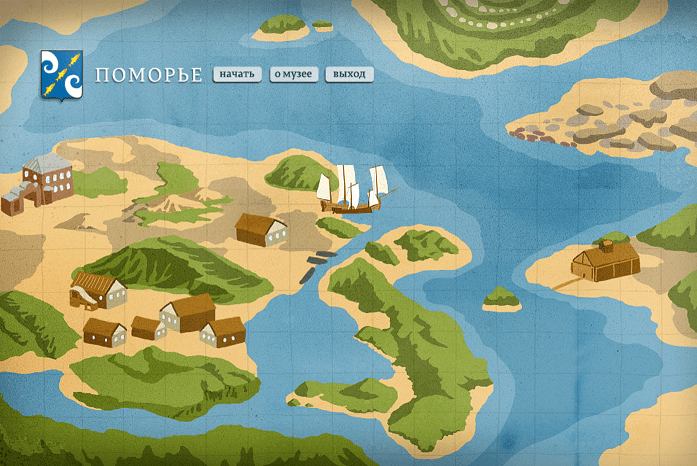 The number of users of various browser games exceeds 600 million worldwide and continues to grow. Browser games are played alone with the browser. They do not need additional installation or software and all you need is an Internet connection

Pomorye browser game offered new educational opportunities to the Kem Regional Museum. It became a good addition to the exhibition and enabled visitors to get immersed in the game through authentic historical designs and vivid dialogues of characters.

The Pomorye Regional Museum was established in the town of Kem in the Republic of Karelia in early eighties of the last century. The museum’s permanent exposition The Maritime Culture of the Pomors of the Late 19th and Early 20th Century is dedicated to traditional trades of the Pomors, origin and development of the local trades. In the exposition visitors can see photos, documents, ship models, authentic trade tools and their mockups, household items of Pomorye villages dating back to the late 19th and early 20th century. The museum collection is made up of more than 10,000 artifacts that help maintain Pomorye culture and facilitate further studies of local culture by regional history experts.

To appeal to a younger audience, the Kem Regional Museum came to a decision to create an interactive game that could tell, in an interesting form, about the Pomors – vanishing peoples of the Russian North.

We faced two challenges: come up with a simple and, at the same time, fascinating game mechanics; and be historically accurate in reconstructing lifestyle and culture of the Pomors using graphic design tools.

In response to these challenges we developed a 2D browser adventure game Pomorye that takes place in mysterious maritime lands of the 13th century. The game immerses the user in the world of fairy tales and legends about magic islands that, according to popular belief, everyone should visit. This way it helps the user learn about primary trades of inhabitants of the maritime landsthe Pomorssuch as construction, commerce, fishing and shipping.

We live in Pomorye, the maritime lands, the land of forests, the land of lakes. There are plenty of fish, mushrooms, and berries!
At the same time, Pomorye is a northern and harsh region with winds, gales, storms from the White Sea or Chilling Sea as we call it here. Winter lasts nine months, during the remaining three months we are waiting for summer to come. You have no choice but to love winter.
That is why locals are strong and hardworking people. They are people of great courage, great endurance and great tolerance. They are entrepreneurial and quick on the draw.

Since ancient times the Pomors have been harvesting timber, hunting seals and other animals, and catching various species of fish. They were good merchants and good builderswhenever they needed to build a ship or a church. Our spirit and dialect are still extant in our songs and epics, fairy tales, chastushkas, proverbs and sayings.
Browser game development is a creative process that allows blending together a unique idea, modern technologies and appealing design to turn the idea into reality.

Game design refers not only to drawing backgrounds, characters and objects but also to representing the whole virtual world, general history and story; and developing game interface, game levels, game puzzles and game mission. All these components form the basis of a browser game.

Before getting started step we needed to define a general style of architecture, interiors and other components of locations. To that end we selected relevant materialsphotos and sketches. 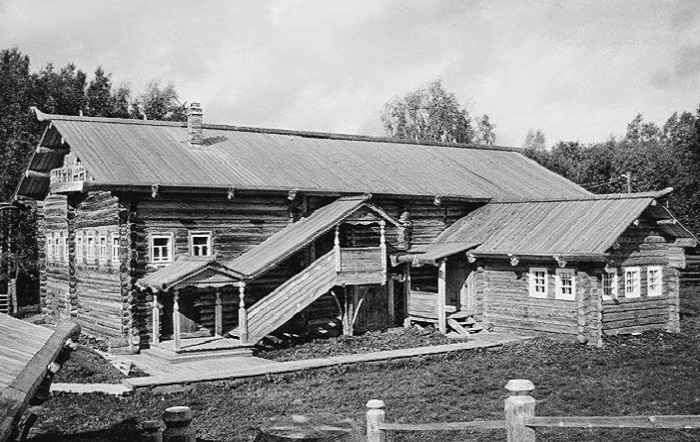 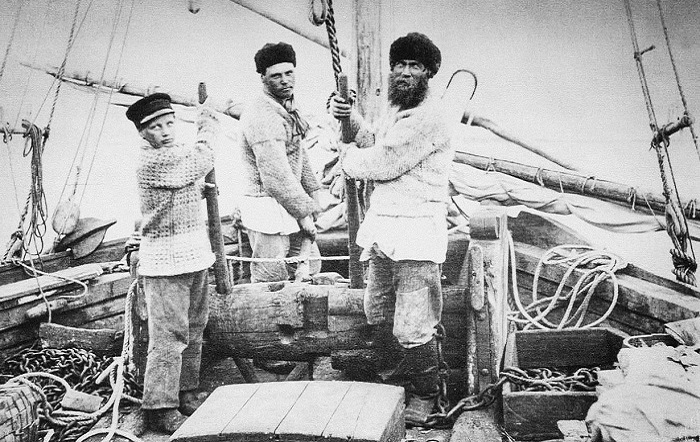 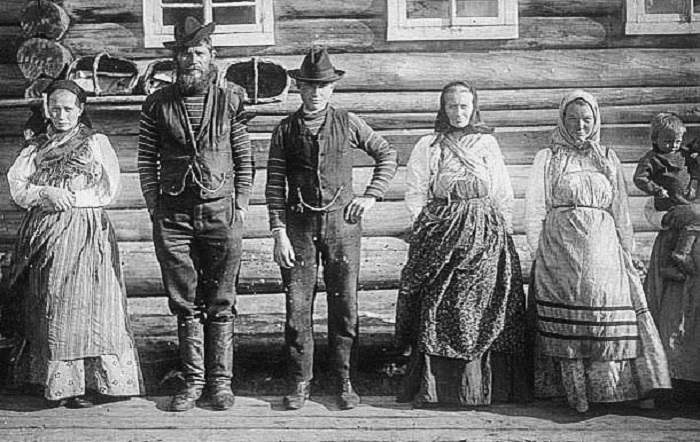 To understand how the Pomorye looked like several centuries ago, we examined piles of historical documents. The appearance of buildings, characters and ships was reconstructed based on photos of real seaside villages. 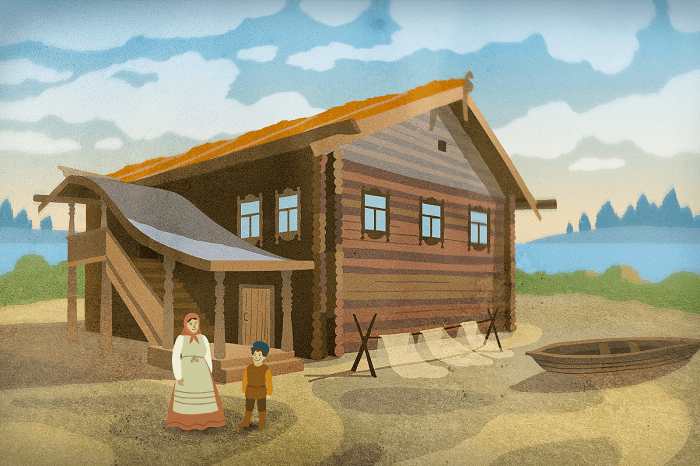 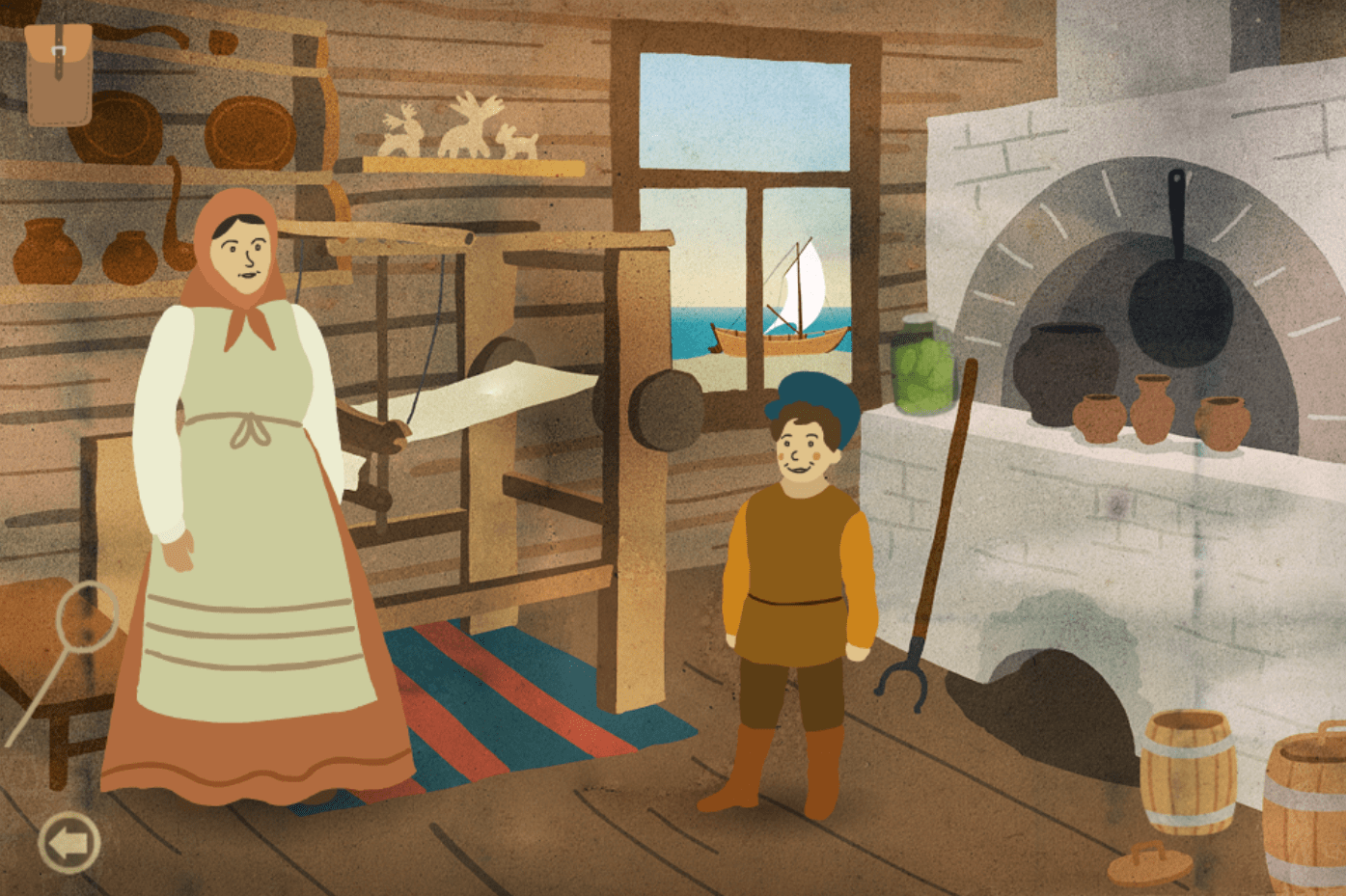 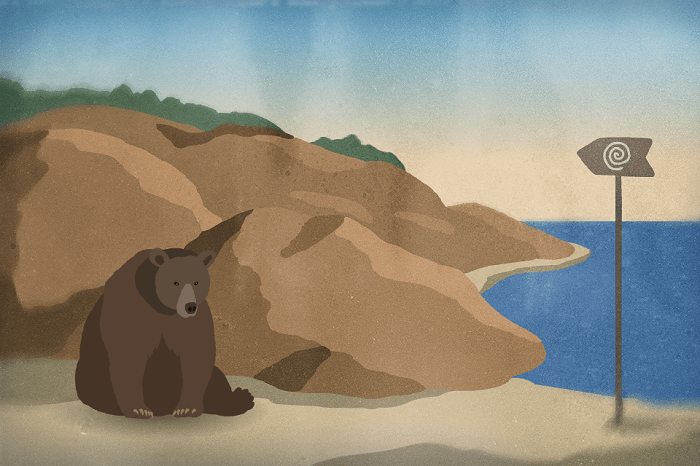 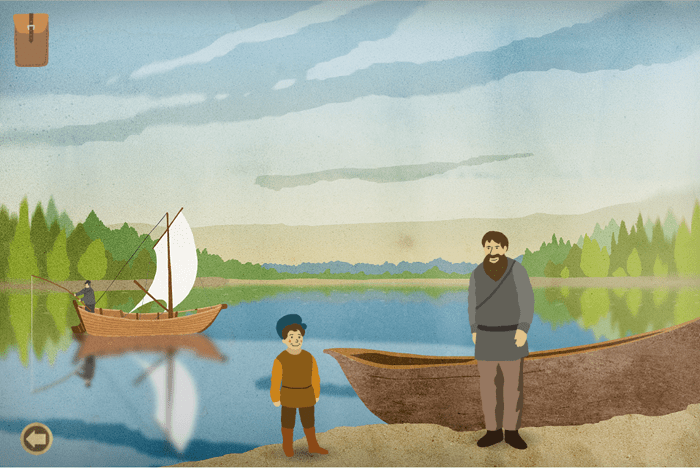 We used background of slightly grainy texture so that the game looked like old photos that came to life. Then we needed to add characters, navigation elements, animated background of sails waving in the wind, changing color and light sports of water. 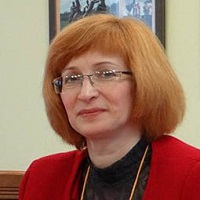 We are confident that historically accurate characters and household items, unique text dialogs based on speech patterns of that times and design in the style of old animated cartoons will make Pomorye game an effective educational tool. The game will help museum to win over a young audience in the Republic of Karelia. The game is accessible to anyone who’d like to learn about the culture of the Pomors from anywhere around the globe.

At the moment, the game is available on the official web site of Pomorye Kem Regional Museum.